As King Charles III takes the throne, 7News is taking a look back at some of his past visits to the D.C. area. That includes The Carlos Rosario International Public Charter School in Northwest Washington, where students and staff hosted the then Prince Charles about seven years ago. 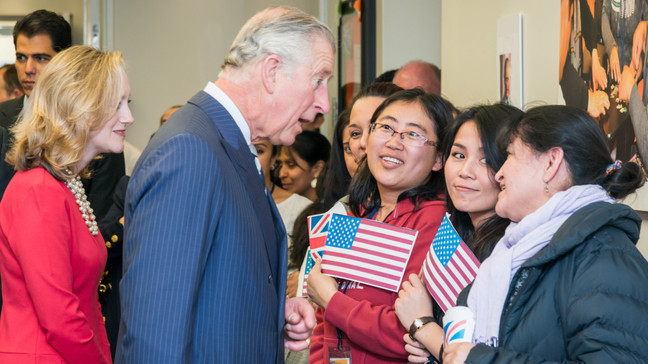 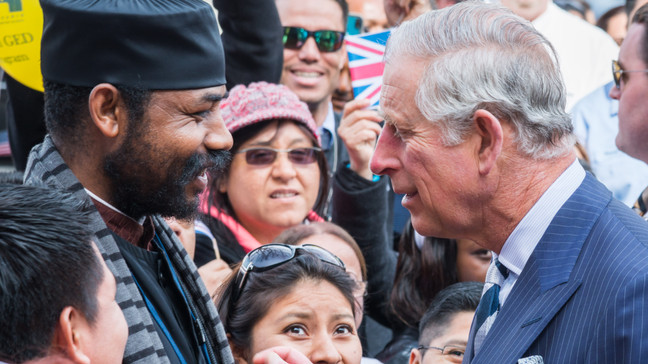 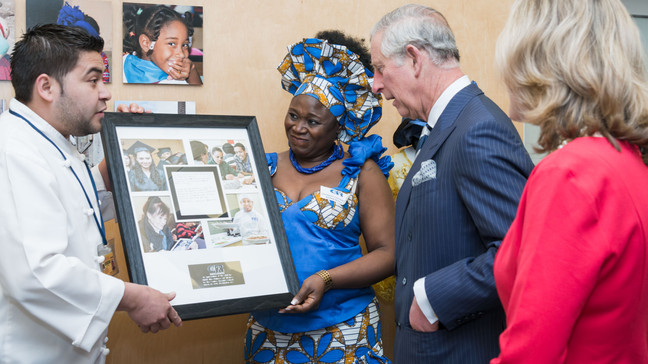 WASHINGTON (7News) — As King Charles III takes the throne, 7News is taking a look back at some of his past visits to the D.C. area. That includes The Carlos Rosario International Public Charter School in Northwest Washington, where students and staff hosted the then Prince Charles about seven years ago.

“We received a telephone call from the DC Public Charter School Board, and they asked if we were interested in receiving a VIP to visit the school. And our answer was sure, can you tell us who it is? And they said not yet, but the British Embassy is going to be calling you,” said Allison Kokkoros, CEO of The Carlos Rosario School. “We went through a whole series of conversations and site visits with the Embassy, and they looked at how our school is organized, and the mission of our organization, and they said you will be one of the places. At the time, they said it would be Camilla who would be visiting our school.”

As the date for that visit approached, she said staff at the school then got a big update about who would be stopping by.

“A week and a half before the visit, they let us know that it in fact was going to be the Prince himself who would be coming,” Kokkoros explained. “And then we needed to learn how to greet the prince and all the formal protocols that are in place, and so as a whole school community, we did that. Our teachers, our students, we learned how to address the prince as your royal excellency, and we learned that we’re not to invite to shake hands.” 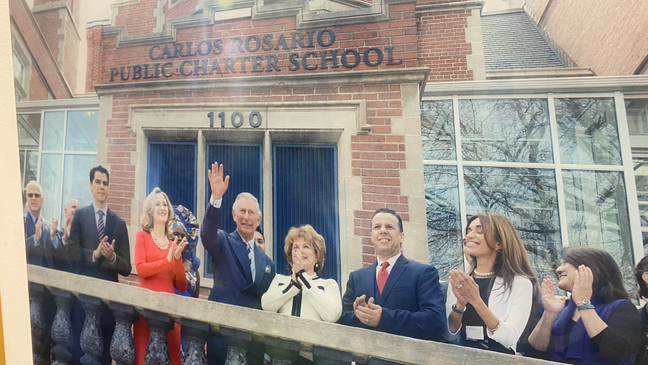 The Carlos Rosario School is a charter school that provides education and career training to adult immigrants from over 70 different countries, speaking over 40 different languages.

“What I came to understand is that he himself was really interested in seeing a charter school,” said Kokkoros. “And also more particularly, how we in Washington, D.C. are welcoming immigrants to D.C. and serving adult learners.”

On March 19, 2015, Prince Charles arrived at the school on Harvard Street Northwest. A display with photos and a plaque still hangs in the school’s lobby today, commemorating his visit.

“It was an honor and a thrill,” said Kokkoros. “There were students holding American flags and Great Britain flags and signs saying welcome to The Carlos Rosario School, and we had students here from all over the world, knowing they were welcoming a dignitary, a member of the royal family.”

HollyAnn Freso-Moore, who now serves as the school’s Chief Academic Officer, was the principal back in 2015.

“So I got to welcome him as he entered the building. And as Allison mentioned, we were told very carefully not to touch him and to keep our distance, but what I remember is that he immediately came in for this warm handshake,” Freso-Moore recalled. “I could just see in his eyes that he was radiating a real warmth.”

She then took him on a tour that involved visits to several classrooms, including one in which students were working on learning the English language.

“When we went to the classrooms, even though we’d only scheduled about 10 minutes for each of those visits, he wanted to engage with everyone and ask students where are you from, what is your name,” Freso-Moore said. “And in some cases, he was able to use their native language, I remember him speaking to some of our Ethiopian students, and speaking in some Spanish as well.”

The then-future monarch, now the current monarch, also stopped by the school’s culinary arts teaching kitchen, where Director of Food Services Chef Benjamin Velasquez remembers his students and staff had been instructed not to offer Prince Charles any of the food they’d prepared.

Velasquez said they were pleasantly surprised when the prince asked for a sample.

“He tried everything! Every single thing! And then he said how did you know the things I like?” Velasquez said, adding that his students had done research ahead of time so that they knew what types of food their royal visitor might prefer. “I think he felt the sincere welcome that our students and teachers and staff gave him. But I think more important, is that he himself embraced diversity.” 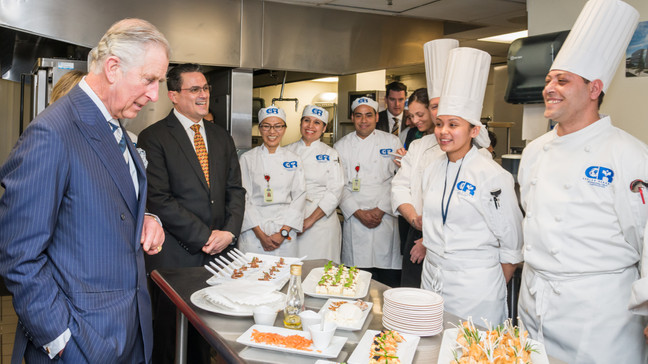 The then-future monarch, now the current monarch, also stopped by the school’s culinary arts teaching kitchen and even sampled some of the students’ food.Image Courtesy: The Carlos Rosario School

At one point, the staff said the Prince even stopped to dance to the music of a student-led mariachi band.

“There were two columns in the hallway, two columns of students who were clapping and chanting, and he started dancing! Right in the middle of the hallway,” Velasquez said. “He makes people feel easy around him.”

School staff found themselves reflecting on that 2015 visit this week, as King Charles III took the throne following the death of his mother, Queen Elizabeth II.

PHOTOS: Queen Elizabeth’s visits to DC, Maryland and Virginia over the years

“On behalf of the school, we wish the best and send condolences for the loss of his mother, and also all the best for his reign as the new king,” said Kokkoros. “It’s really meaningful to all of us to know that we had the honor of hosting the now King of England here at our school, and that he took the time and made it a priority come.”